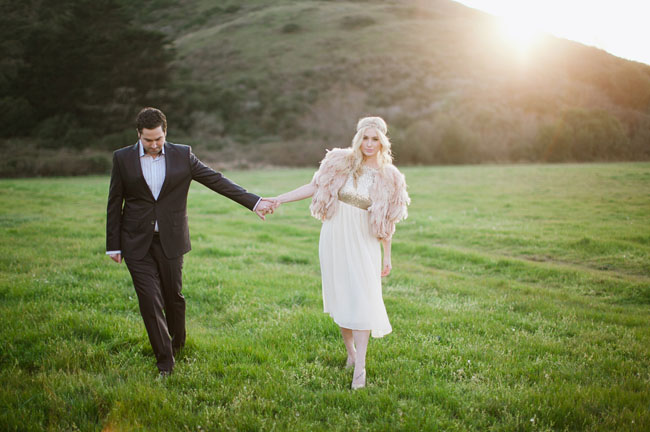 When I saw a tiny sneak peek from this shoot last month on Twitter I was in love and then when Meg sent over the entire collection, I became totally head over heels in love with them and their photos! I love when couples put some thought into their engagement photos – it’s such a great chance to get some amazing photos of the two of you and capture this moment in time forever, so why not go all out, right?! Jacqueline + Kyle are getting married in September at the Franciscan Gardens in San Juan Capistrano. Their 5 year romance went to the next level last summer, when Kyle asked Jacqueline to marry him while on vacation in the south of France. He arranged to have a surprise dessert for two served in a medieval castle spire, where he asked Jacqueline in French if she would be his wife… of course she said yes! They choose to work with the fabulous Yelena of The Stylish Soirée for their styling (who scouted the locations and did the styling for the shoot) and the talented Meg Perotti to capture them.

Jacqueline, an actress, has always had an appreciation for all things fabulous, while Kyle is a down-to-earth surfer who works in finance. They wanted their engagement photos to capture both their personalities and styles, so they started with their love of nature and Jacquie’s passion for fabulous fashion (a GORG feather capelet and sequined chiffon dresses at the Marin Headlands) and then their more serious, romantic sides – plus Kyle’s love of the beach – at Rodeo Beach. 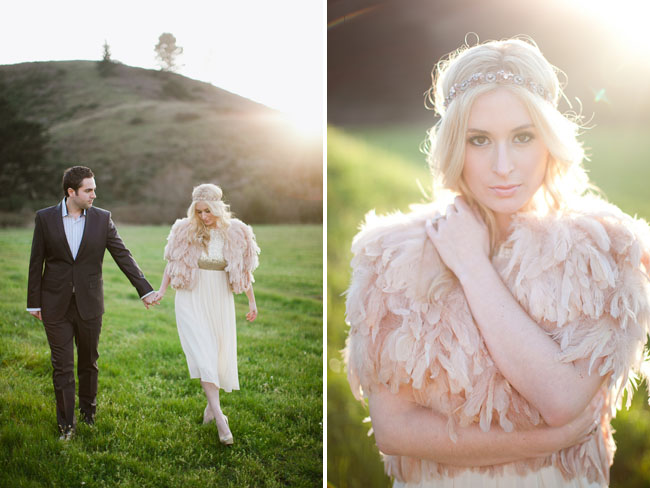 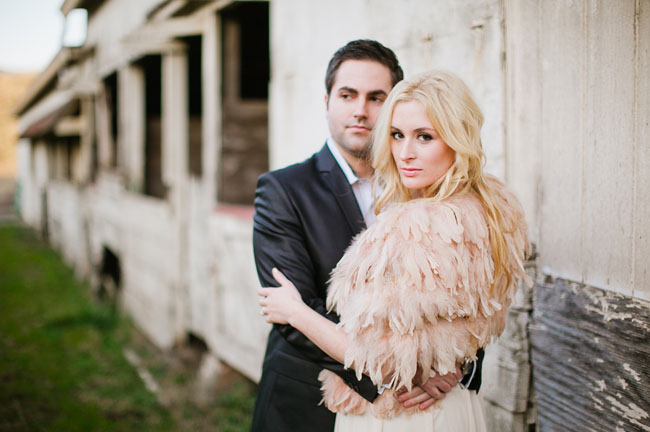 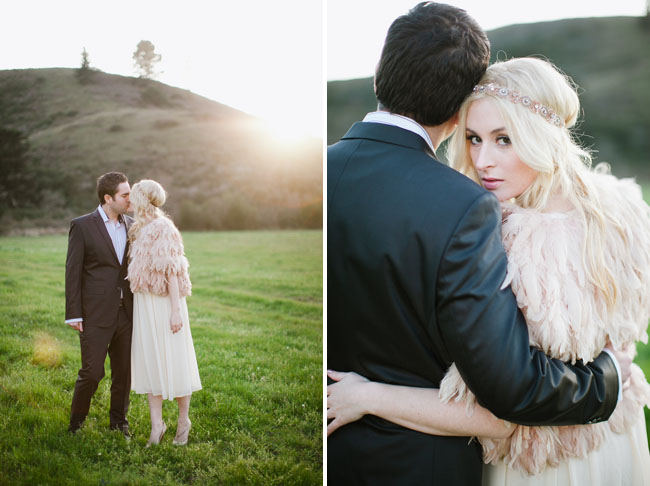 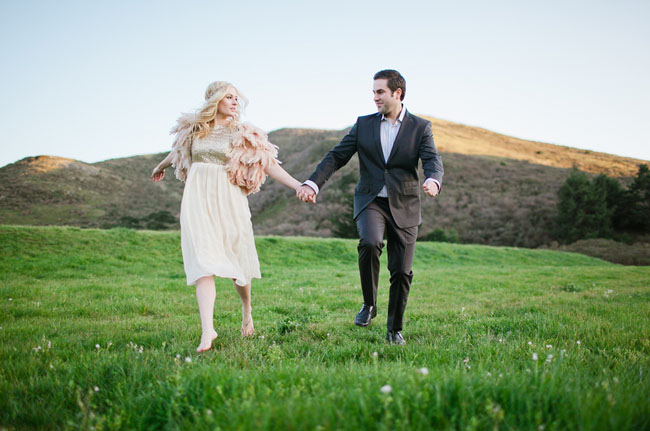 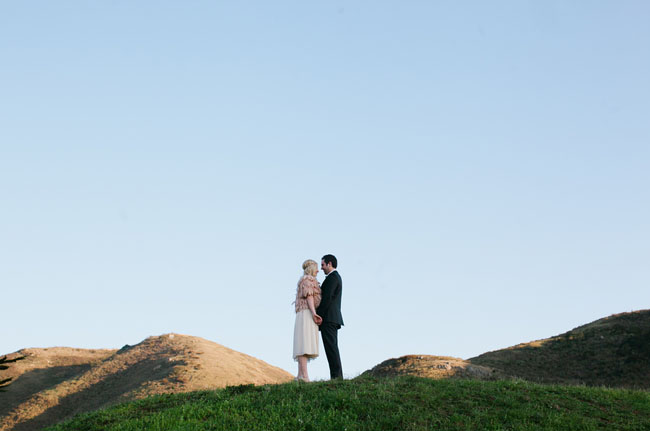 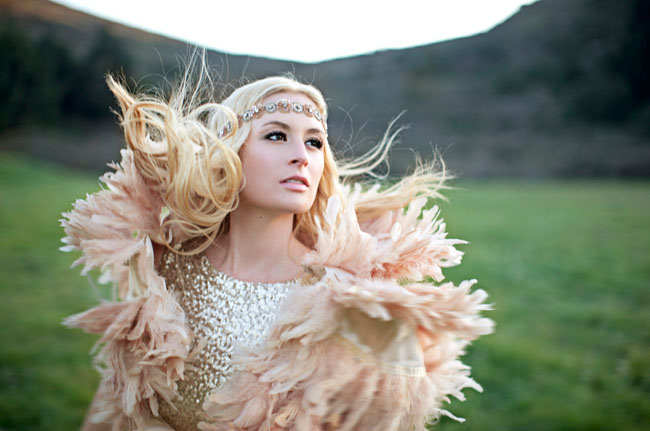 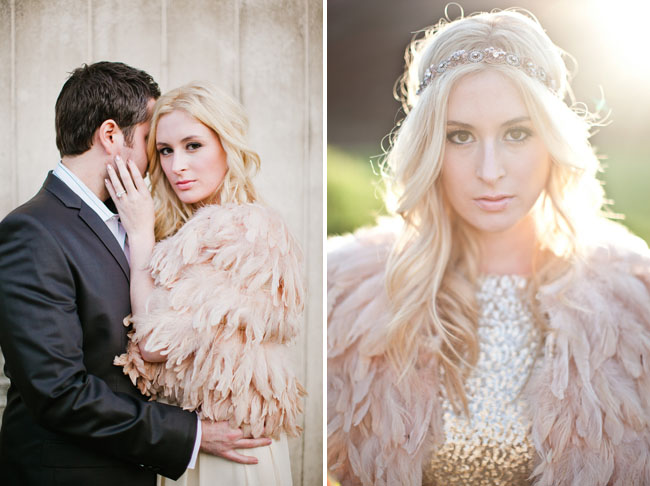 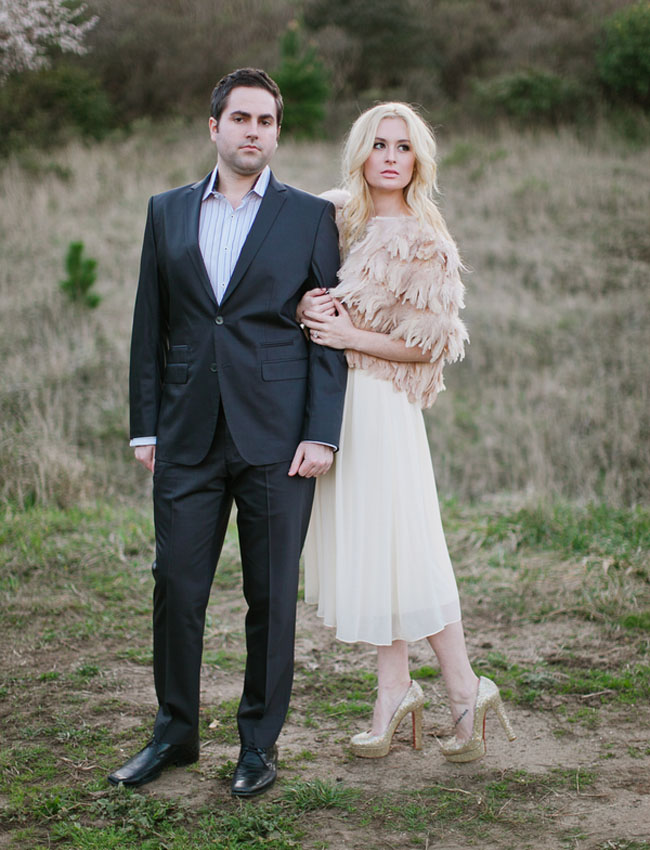 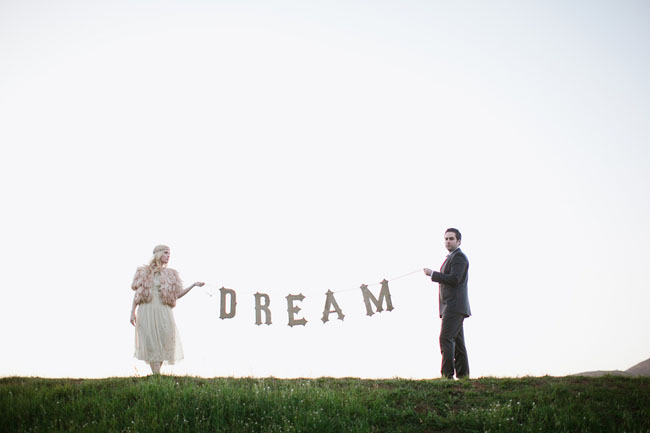 The first part is pretty amazing right? And now for a bit more glam on the beach… 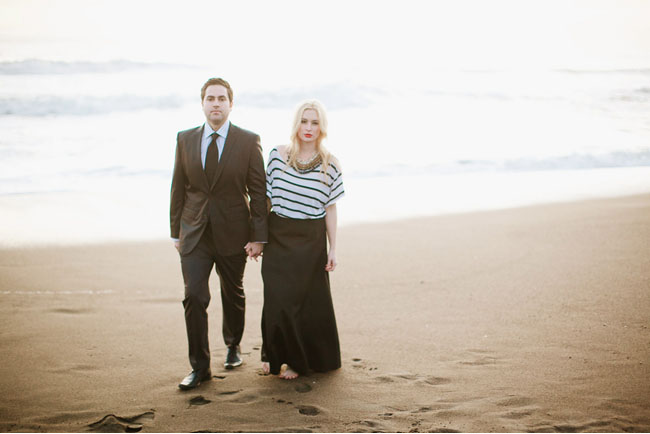 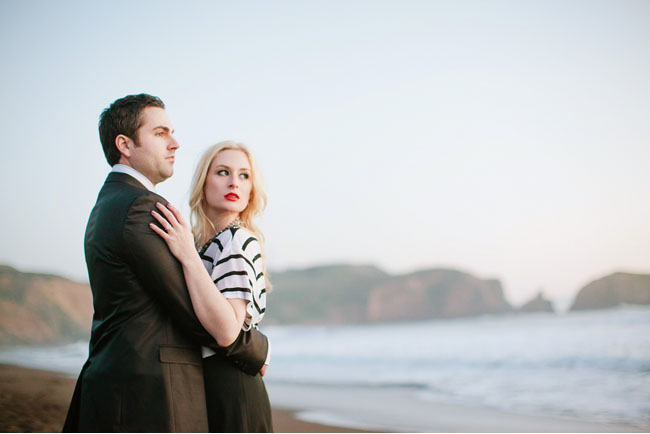 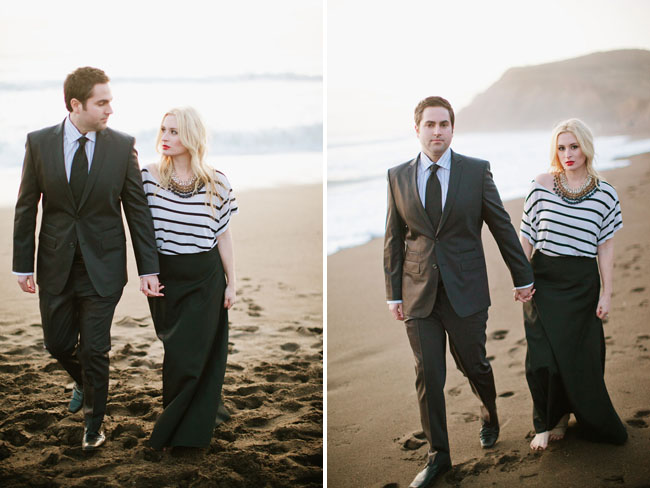 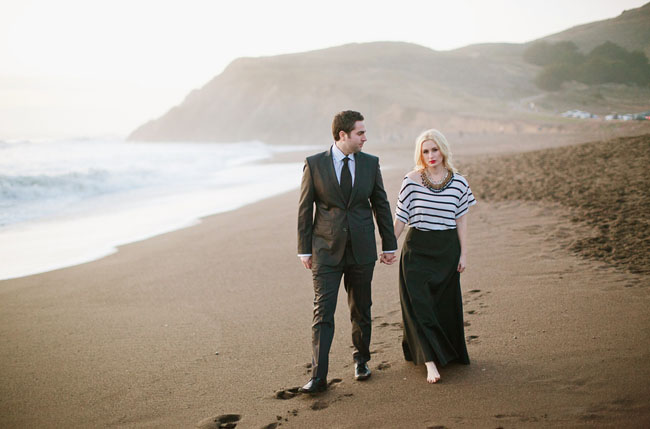 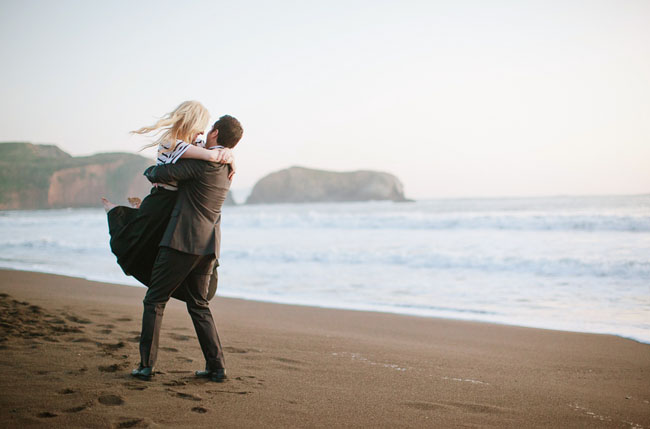 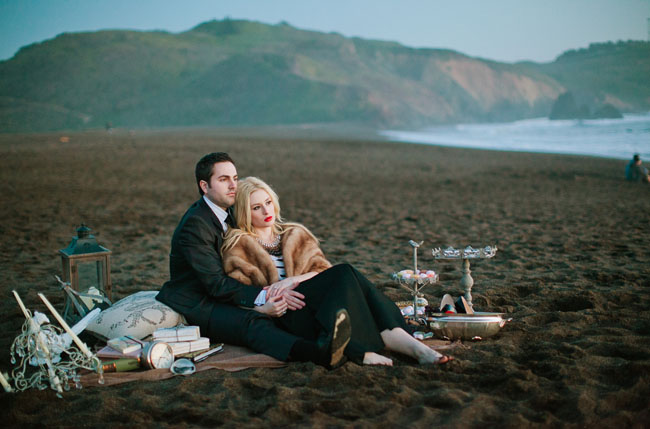 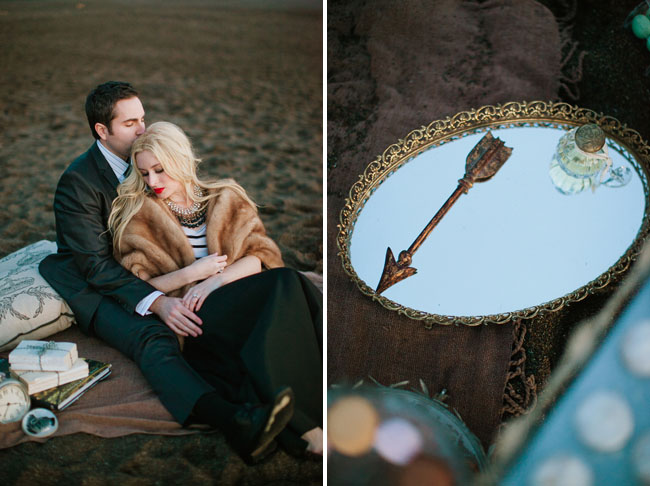 Such stunning photos! Thanks so much to Meg Perotti for the photos, styling by Yelena of The Stylish Soirée and Jane from The Glamourist who did Jacquie’s hair and makeup.